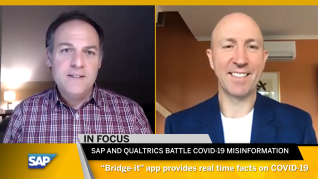 Presentation of my keynote speech “Strategize to Excel” at the workshop Career Adaptability in the Canadian Market on May 13, 2017.

If you’re not doing anything illegal, you shouldn’t have anything to worry about from the government. Concerns are running high with the introduction of the Department of Justice’s new “Operation Choke Point” initiative, however, after reports that otherwise legally compliant individuals in “morally questionable” industries are having their bank accounts shut down.

The genesis of this operation was an investigation of the payday loan industry that spanned all of 2011 and 2012. Four Oaks Bank of North Carolina was accused of knowingly processing checking account withdrawals made by payday lenders who were extending credit to customers without proper license and charging interest rates that were well in excess of what the law allows. They also allegedly processed payments for internet gambling and Ponzi schemes.

Banks don’t give reasons for these closures to the public, of course, so the link was entirely speculative on the part of the VICE writer. But the flames were fanned by op-ed pieces written by prominent bankers William Isaac (former FDIC chairman) and Camden Fine (president of the Independent Community Bankers of America), who both suggested that the DOJ was overreaching and targeting entire industries indiscriminately.

The DOJ has not made any formal declaration about the exact businesses Operation Choke Point is focused on, but speculation rests on a 2011 list of “high risk” industries published by the FDIC. The list contains some industries that are inarguably rife with illegal activity – cable box de-scramblers, drug paraphernalia, and Ponzi schemes, for example. But it also lists industries that do a lot of perfectly legal business – coin dealers, firearms sales, pornography, surveillance equipment and tobacco sales among them.

At this point, the connection between Operation Choke Point and anything except for the Four Oaks lawsuit is pure speculation. So how much cause for concern is there if you own or work for a business that the FDIC has tagged as “high risk”?

The FDIC’s original document from 2011 focuses almost solely on third-party payment processors and “remotely created checks”, which are payment authorizations that bear a signature that isn’t an original copy or do not have a signature at all. This was the primary point of abuse in the Four Oaks case. And while the FDIC was perhaps overly broad in naming some of these industries as “high risk”, it does nothing more than to advise banks to be more diligent in examining the account activity of payment processors associated with merchants who work in these industries. There is also still no direct evidence linking this list with Operation Choke Point.

Merchants who work in these industries will want to verify that their payment processor is reputable and operating entirely above board, but there is no evidence right now to indicate that businesses and individuals who are involved in the industries named by the FDIC need to worry about having their bank accounts shut down.

# 1: Highlighted Changes
To help ensure that your customers notice when there has been a change since the last time they used or updated the application, it often helps to highlight these differences for them. These changes do not have to be only to the application itself, but simply in its function or purpose; they can even be something as simple as the customer receiving a new message.

# 2: Keyboard Shortcuts
Keyboard shortcuts are a great way to make it easier for your customers to navigate through different parts of the application without having to open a dozen different menus to get what they want. If you decide to incorporate keyboard shortcuts into your user interface, you need to make sure that you either have a shortcut guide or have the keyboard shortcuts written next to the option in the menu.

# 3: Upgrade Options
This aspect of your UI will be used to remind customers that they can get more features by upgrading their accounts on the web application. Including a simple upgrade button in the interface itself that users will see each time they open the application will encourage quite a few free users to upgrade their accounts, simply due to the added convenience factor. Make your upgrade button stand out from the other buttons on the page. Many web application designers will do this by making the button either a yellow or golden color, but the final choice, of course, is entirely up to you.

# 4: Feature Promotion
This point ties in closely with point three. While the free version of your application may be high quality and very useful, it still needs to show the customer all of the other features to which they would have access if they were to upgrade their account. It is best to list the most relevant and appealing features near the upgrade button without taking up a significant amount of room. However, the feature list itself does not really need to stick out, as the upgrade button will attract users’ eyes.

# 5: Color Coding
To make it easier to spot different tools on the user interface, it can often be helpful to color-code the most important features. This will allow users to instantly find what they want after they have used that feature a few times, and it will help them differentiate between all of the different available options when they are a new user. The last thing you want is for a new customer to become overwhelmed by all the different options and just quit using the application you have worked so hard to build.