In the world of social media, one of the biggest keys to success is effectively establishing a rapport with followers, friends, and, ultimately, customers. In many circumstances, one of the best ways to do this is to connect with these groups in a conversational, social tone that makes them feel more like they’re having a conversation with a friend than being sold too. That casual, informal tone can do wonders for establishing strong social media connections, but it can also backfire if social media operators aren’t careful to be mindful of what they’re saying and how they say it.

One of the most dangerous situations this can arise from is when social media posts or messages contain a negative tone or connotation. Sometimes the subtlest negativity is enough to cause a problem, even if intentions are good. It might seem like a good idea to make a backhanded comment about a competitor or go on a minor rant about the deficiencies of their products or services, but the reality is that doing so offers almost no upside and has the potential to not only cost a business social media followers, but also to damage their brand image and reputation.

First of all, social media users aren’t stupid, and if they see a company making negative comments or being condescending in regards to a competitor, they’re going to immediately see the bias that exists and discount the comments based on it. So even if the poorly chosen tone doesn’t have any negative consequences, it isn’t going to work either. Secondly, by taking a negative or condescending tone, a business risks turning off its existing social media following and it isn’t unheard of for otherwise loyal followers to voice their displeasure, creating a backlash. 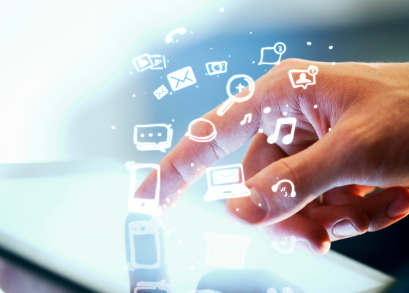 The fact is that people just generally don’t like negativity. For the same reason that independent voters regularly indicate that they find political attack ads to be distasteful and off-putting, consumers don’t like it when businesses take the low road. It’s highly important for employees tasked with operating social media profiles to remember that when they post they speak for the company. Offhand negative comments that might seem harmless in a normal context can have unexpected consequences when delivered on behalf of a business. Diplomacy rules when it comes to speaking on behalf of a company in the social media environment.

So when posting for business purposes, it’s important to remember that a snarky remark about a competitor likely has no upside potential whatsoever, but could have significant negative consequences. There is nothing worse than having social media users turning on the company they follow, and putting out that fire is often embarrassing and difficult. So instead of attempting to pump up a business by putting down the competition, companies should focus on the quality of their own products or services and let that quality speak for itself. Not only will it result in a stronger, more loyal following, but it eliminates the dangers that negative social media tone can invite, and that kind of risk mitigation can be invaluable in a world where appearances are everything.